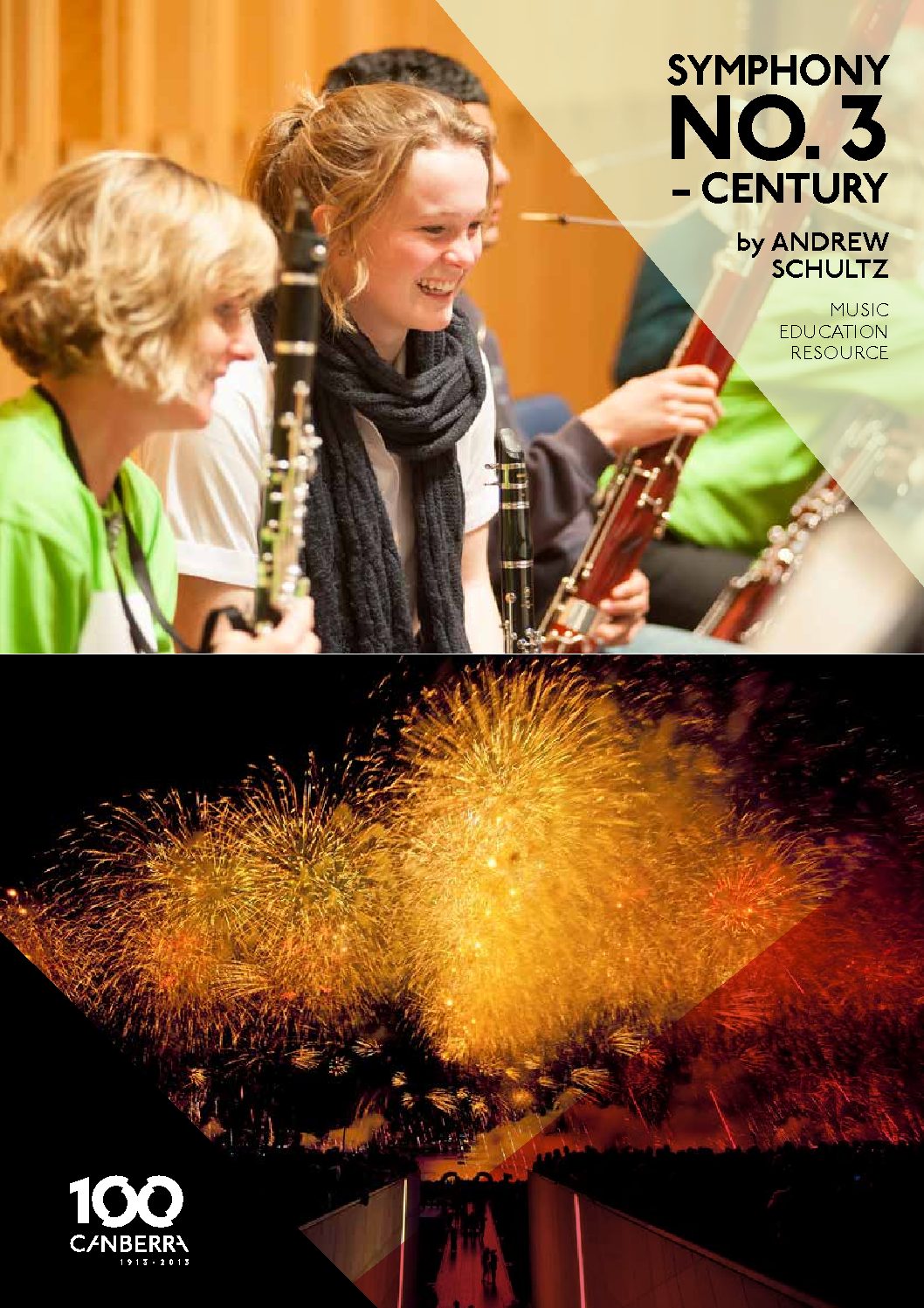 The premiere recording of Symphony No.3 – Century  (orchestra) and Three Architects (choir) by Andrew Schultz is available free online as part of the Rewind permanent collection of Australian Music at ABC Classic FM, in a performance by the Canberra Symphony Orchestra/Centenary Chorus/Nicholas Milton – http://www.abc.net.au/classic/content/2013/06/05/3775138.htm

Commissioned for the Centenary of Canberra in 2013, it is in reality two pieces; a choral piece called Three Architects, Op. 91a and an orchestral piece, Symphony No. 3 – Century, Op. 91. During the Centenary of Canberra celebrations the two pieces were performed as one, with their movements interspersed. The premiere took place in Canberra in March 2013 in front of a vast crowd (estimated at 150,000) stretching from Old Parliament House to the shores and surrounds of Lake Burley Griffin. For the future, the two works will exist as separate pieces.

“The texts for the three choral movements are, for movements 1 and 2, those of the two Chicago architects who most inspired Griffin’s design and approach – Daniel Burnham and Louis Sullivan. For the third movement the words are those of Walter Burley Griffin, from his inspired original Canberra plan submission. Although they are 100 or more years old, each text has a very pointed and direct message for the present. They are real clarion calls about what is possible in Australia.”

Canberra100 have released an Education Resource Kit about the work written by Dr Nicole Saintilan. The resource has been designed for a variety of classroom situations with three cross‑curricular (non-music specialist) lessons and six specialist music lessons. They are set at a variety of levels and aim to explore a range of ideas.

The texts are discussed to provide a starting place for the comprehension of the work. In the choral pieces we hear the idealism of the architects, a compassion for society and the individual, and the desire to create something great, something extraordinary, for the new capital city of Australia. The orchestral movements take the story further. Here we can imagine the space and grandeur of the landscape, and the natural sounds of the Australian bush, often harsh, bright, and unforgiving. Across the three orchestral movements the themes of ‘youth and idealism’, ‘struggle and the creative process’, and ‘reality and compromise’ are explored.

The development of the city of Canberra is a great Australian story, one that deserves to be celebrated in an artistic way such as this. It is hoped that this unit of study will encourage students to reflect on Canberra’s history, to reflect on the way music and musicians function within our society, and also the ways that artists across the spectrum deal with the same concepts and constraints.

An on-line ABC recording of Three Architects Op. 91a, and Symphony No. 3 – Century Op. 91 performed by Canberra Symphony Orchestra/Centenary Chorus/Nicholas Milton, the education resource kit, and musical examples from the score, are available free of charge at the Canberra100 website.

A further recent article  by Nicole Saintilan in the Resonate online journal reflects on the ideas behind the Symphony and its process of creation. “Andrew Schultz’s Symphony No. 3 – Century: building a city, building a symphony” can be read at http://www.australianmusiccentre.com.au/article/andrew-schultz-s-symphony-no-3-em-century-em

The full scores of Three Architects Op. 91a, and Symphony No. 3 – Century Op. 91 can be purchased from The Australian Music Centre (use the search box to find music by Andrew Schultz).

A studio recording of the work by the Tasmanian Symphony Orchestra/ Hamish McKeich was released in 2018. The disc is called Century and includes other orchestral music, Peace and August Offensive, by Schultz