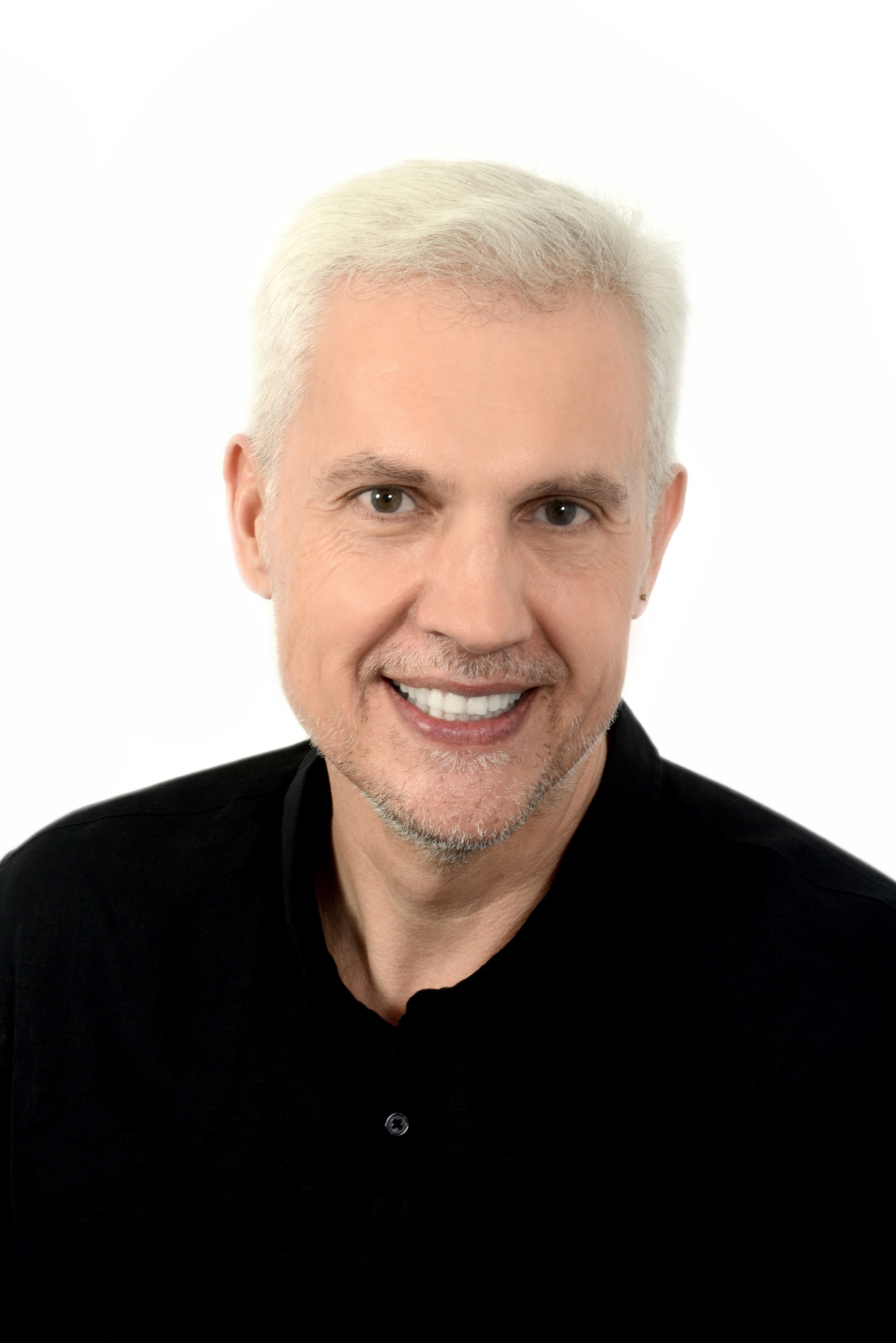 Andrew Schultz was born in Adelaide, Australia, in 1960 and grew up in regional New South Wales and Victoria before his family moved to Brisbane where he completed his secondary schooling at St Peter’s College. His teachers and mentors included George Crumb, David Lumsdaine and Luciano Berio and he studied at the Universities of Queensland, Pennsylvania and King’s College London. His music covers a broad range and has been performed, recorded and broadcast by leading groups and musicians internationally.

Schultz has been the recipient of various awards and honours in Australia and overseas, including five Australia Council Fellowships, Fulbright Award, Commonwealth Scholarship, Maggs Award and the APRA Music Award. Recent successes include the Harvard Chair of Australian Studies, the Schueler Award, the Paul Lowin Prize and the premiere of his Symphony No. 3 – Century in front of an audience of 150,000 to celebrate the centenary of Australia’s capital, Canberra. The latter was described by one critic as a “resounding success, drawing a standing ovation, wolf whistles and prolonged applause” [City News]. And by another, “Century is excellent. It is epic. It is powerful and beautiful” [Chris Wallace, Canberra Times].

Schultz has written a series of large-scale dramatic works, several of which incorporate parts for Australian indigenous singers. His three operas (Black River, Going Into Shadows and The Children’s Bach) have been presented live and on film internationally. Black River (1988) was awarded the Australian National Composer Opera Award and, in its film version, the Grand-Prix, Opera Screen at Opera-Bastille, Paris. Critics noted the vitality and energy in the staged and filmed work. “There are moments in Black River,…which for a comfortable white audience are among the most shattering one could come across in the opera theatre” [Peter McCallum, The Sydney Morning Herald]. “There is a skilful interweaving of dramatic statements and reflective interludes and the urgent, percussive rhythms propel the drama to an undecided conclusion. As in life, the story continues” [Jill Sykes, Vogue Australia]. “A landmark in culture” [Michael Hutak, SMH].

The three act Going Into Shadows (2000), commissioned by the Guildhall School of Music and Drama, was premiered in London and Australia in 2001 and was again to a libretto by his sister, Julianne Schultz. Critics noted it as “a powerful modern drama that is both sharp, thought-provoking and relevant…as fine a piece of modern composition as you could wish to hear” [Suzannah Conway, The Courier Mail]. “The London premiere was fascinating. The many effects and colours in the piece are used brilliantly to highlight the psychological motivation and the cultural background of the characters” [Dominic Sewell, Opera Now]. “Pedal tones anchor each scene and setting, and the ravishing orchestration is suffused more with modal fear than minimalist sumptuousness” [Vincent Plush, The Australian]. “For as long as I live I will not forget the second performance of Going into Shadows…life is not always just froth and bubble and great art, which I believe this opera is, reflects and drives home some tough human truths” [Patricia Kelly, Opera-Opera].

The Children’s Bach (2007), based on the novel by Helen Garner (libretto, Glenn Perry), was commissioned with Australia Council support and had its premiere season in 2008 with Chamber Made Opera in Melbourne; the opera has been described as “utterly original” [Cameron Woodhead, The Age], it “throws up ideas and debate long after a performance has ended” [Vincent Plush, Limelight], and it “will long linger in the memory” [Michael Halliwell, The Conversation].

Journey to Horseshoe Bend is a cantata premiered in 2003 by the Sydney Symphony and released since by ABC Classics. The libretto by Gordon Kalton Williams was drawn from the book of the same name by anthropologist TGH Strehlow. “The hour-long work sprawls as vast and languidly as the continent of its setting. Whispered voices and snatches of Aranda chants and Bach chorales recreate the miasma of delirious thoughts in the head of the dying pastor. When both cultures sing their version of Bach’s Wachet auf! – in the Aranda hymnal, it is simply known as No. 309, Kaarrerrai worlanparinya … – a great cultural divide, a cultural chasm centuries long seems to have been breached. The capacity audiences in the two Opera House performances greeted the new work with sustained ovations” [Vincent Plush, Gramophone]. “This cantata contains some of the most touching music I have heard in an Australian work” [SMH]. “Schultz’s stunning evocation of the harsh outback is one of the many strong points in this rich and diverse work” [NZ Listener].

Another large-scale work is a version of the Song of Songs. Scored for 18 voices the work was commissioned by ABC Radio and The Song Company for their twentieth birthday and had its first performance at the Sydney Opera House in 2004. A “setting of a modern recrafting by the Melbourne poet Barry Hill of the original biblical text, succeeds in creating something new in the world of choral sound” ” and “a soaring, richly woven and effusive sound fabric” [SMH]. Other works for The Song Company include Ekstasis (1990) and Wild flower (2006). Ekstasis “was originality indeed, with a multitude of anguished, increasingly urgent and complex sounds emerging from a silence that itself added a dimension, finally sinking into calm… ecstasy in a sensual, sexual sense, musically transcribed” [SMH]. By contrast is the comedic Le Moliére Imaginaire (2015) – a new version of a scene from Moliére: “urbane, virtuosic, cultured, witty and naughty in equal measure” [Carl Vine, Musica Viva Australia Blog] and “a wicked stagey swipe at all medicos” [Elizabeth Silsbury, Adelaide Advertiser].  The work was commissioned by Musica Viva Australia for the eight voice British ensemble, I Fagiolini, with a text by Timothy Knapman and premiered throughout Australia in 2015.

Chamber works have also been acclaimed. Barren Grounds (1988): “as a whole seems to me music of exceptionally high originality and abundant invention” [Peter Platt, Sounds Australian]. Stick Dance II (1989): its “movement through time is light and airy, almost weightless, like a glittering dance?”  [American Record Guide]. Dead Songs (1991): “is a work of art of a high order, adroitly shaped to…lead to an ending of universal resonance. Its first performance…affirmed the creative poise of a composer who feels sufficient confidence in his own judgment to write not a single note more than is absolutely necessary…[A] vital, spellbinding experience” [Roger Covell, SMH]; and, “music of substance and expression. His Dead Songs is a long, complex, and very satisfying setting of adaptations of epitaphs seen at seaside cemeteries in New South Wales…it is tightly composed and expressively executed” [American Record Guide]. Barcarole (1992): “Wrought, and very effective…and truly melancholy, not an ascription one can often make to any recent music, let alone a miniature” [Chris Dench, Sounds Australian]. 12 Variations (1997): “atmospheric, expressive, and personal…commanding, sensitive, hypnotic, and remarkable for its range of textural sonority” [Sarah Grunstein, Music Forum]. Tonic Continent (2000): “conjured up images of vastness…rumbling piano delineating the space between echoing strings” [William Dart, New Zealand Herald]. Stille Sprache (2009), written for Felicitas Fuchs to texts by Rilke, “opened up mightily impressive vistas. At times quite breathtaking in its scope, it was sometimes difficult to accept that such an expansive musical canvas was peopled by just three performers” [The Straits Times].

Schultz’s orchestral commissions, Once upon a time… (2006), Endling (2007) and Peace (2013), and Ghosts of Reason – Symphony No. 2 (2008) had their respective premieres in Brisbane with The Queensland Orchestra/Mills, in Hobart with the Tasmanian Symphony Orchestra/Letonja and with the Adelaide Symphony/Volmer. The second symphony’s premiere in Denmark and Germany also earned critical praise, “Andrew Schultz’s music touches the soul and speaks to the mind” [Klasisk Pt, Denmark]. The “truly cataclysmic” August Offensive (2012) [Madeleine Dale, Limelight] has been heard in Australia and Turkey, both as a concert piece in its own right and as a movement of the Gallipoli Symphony featuring leading composers from Australia, New Zealand and Turkey.

ABC Classics have recorded Endling and Once upon a time… in addition to the Violin Concerto (1996) with Jennifer Pike as soloist. One critic wrote of the CD’s music that it is “honest, compassionate, dignified, accessible” [David Bollard, Music Forum] and another that this is “music for eternity” [Burkhard Schäfer, Codaex, Germany]. A further album of orchestral music called Century was released in 2018 by ABC Classics (with the TSO) and a release of Maali on ABC Classics in 2020 (with WASO); other recent CD releases include volumes of chamber music and vocal chamber music (Halcyon) on Tall Poppies, CDs of chamber music (Southern Cross Soloists) and piano music (Antony Gray) on Wirripang and ensemble vocal music with The Song Company.

Schultz is Emeritus Professor of Music at UNSW Sydney and the Gough Whitlam and Malcolm Fraser Professor of Australian Studies at Harvard University. He has held posts and residencies including as Head of Composition and Music Studies at the Guildhall School of Music (London), Professor of Composition and Dean of Creative Arts at the University of Wollongong (Australia), Director of the Symphony Australia TSO Composers’ School, a visiting lecturer at the Norwegian Academy of Music (Oslo), UDK Berlin, Palace University Czechia, Malmö Academy of Music and Osaka School of Music (Japan), Artist in Residence – Banff Centre for the Arts (Canada), Artist in Residence – Cité Internationale des Arts, Paris, and Visiting Fellow – Institute for Advanced Musical Studies, University of London. He has also served as Chair of the Arts NSW Music Committee, Chair of the Australian Music Centre Board and Editor of the Biographical Directory of Australian Composers. The National Library of Australia holds Schultz’s collected papers and memorabilia in their manuscript collection.