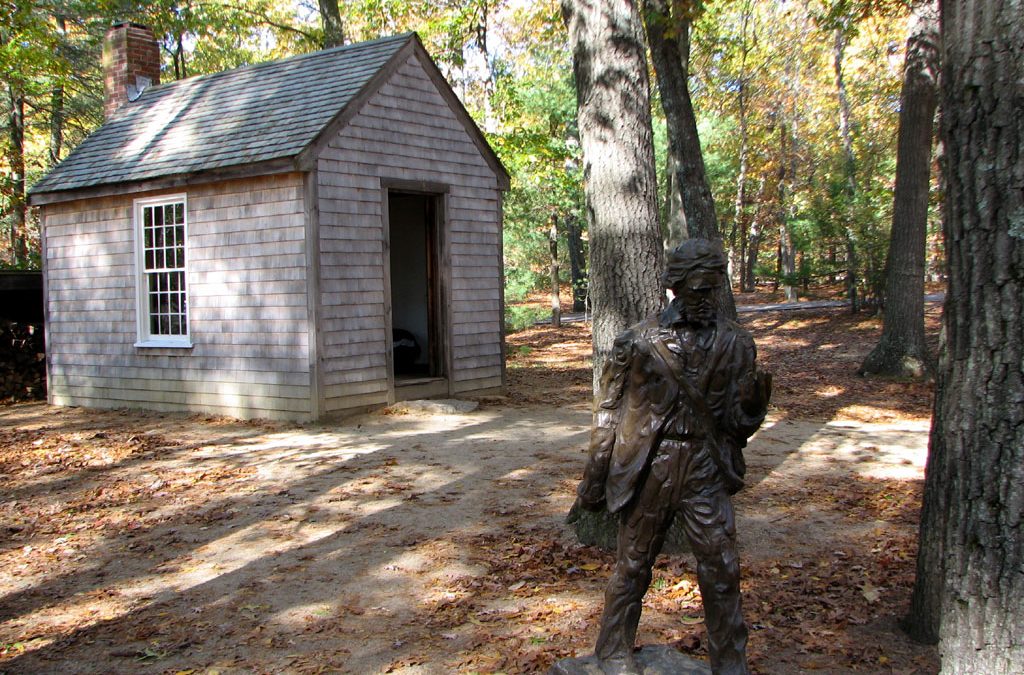 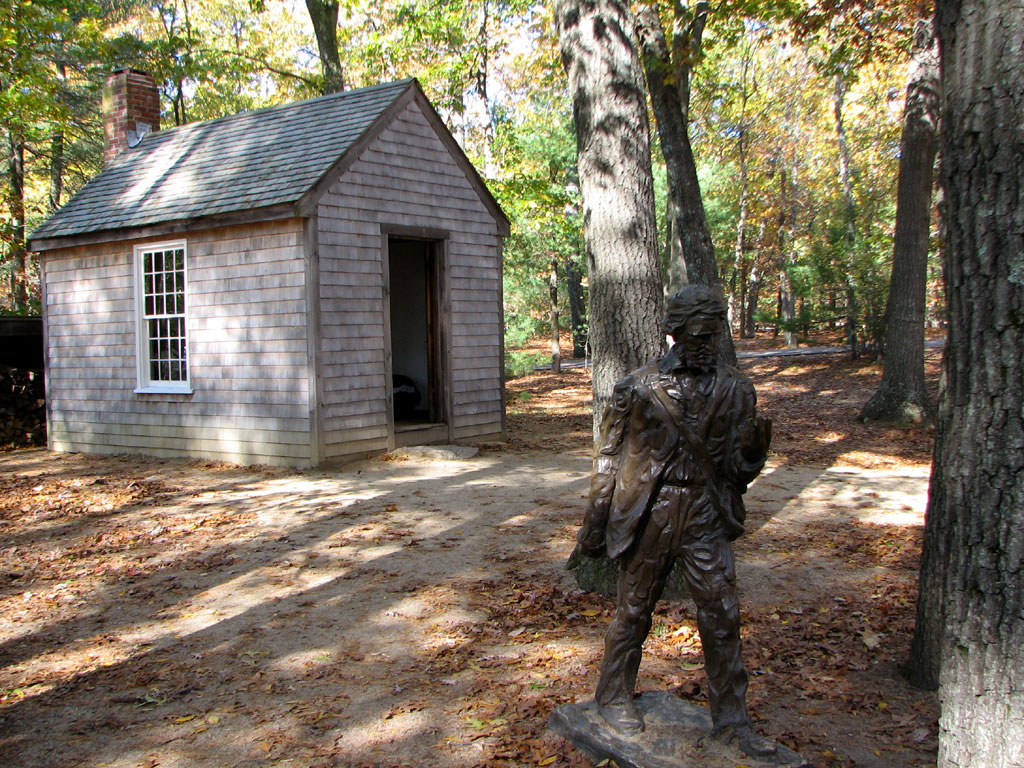 If a man, does not keep pace with his companions perhaps it’s because he hears a different drummer.

Let him step to the music which he hears, however measured or far away.

The Sydney Philharmonia Symphony Chorus present Andrew Schultz’s Simplify, Simplify, Opus 82 (2009) in their Architecture of Sound concerts in the vast expanse of Bay 17 of Carriageworks, Sydney in August 2013.

Simplify, Simplify is a choral setting of some inspired words of Henry David Thoreau selected from his book, Walden. Walden, or Life in the Woods, was first published in 1854 and is Thoreau’s reflective account of his experiment in radical personal simplification. For two years he lived alone in a tiny cottage (above) in the woods at Walden Pond, near Concord, Massachusetts, in a cabin owned by Ralph Waldo Emerson. Emerson, in turn, caught the spirit of Thoreau’s philosophical concerns and poetic writing style perfectly when he wrote in 1860: “We ascribe beauty to that which is simple; which has no superfluous parts; which exactly answers its ends; which stands related to all things; which is the mean of many extremes.” [Ralph Waldo Emerson, The Conduct of Life]. Simplify, Simplify is scored for choir with strings, soprano saxophone, percussion and piano.  The music weaves its way around a short two part piano invention by Bach that Schultz had also used in the opera, The Children’s Bach.

Chan Chaconne for voices and saxophone*