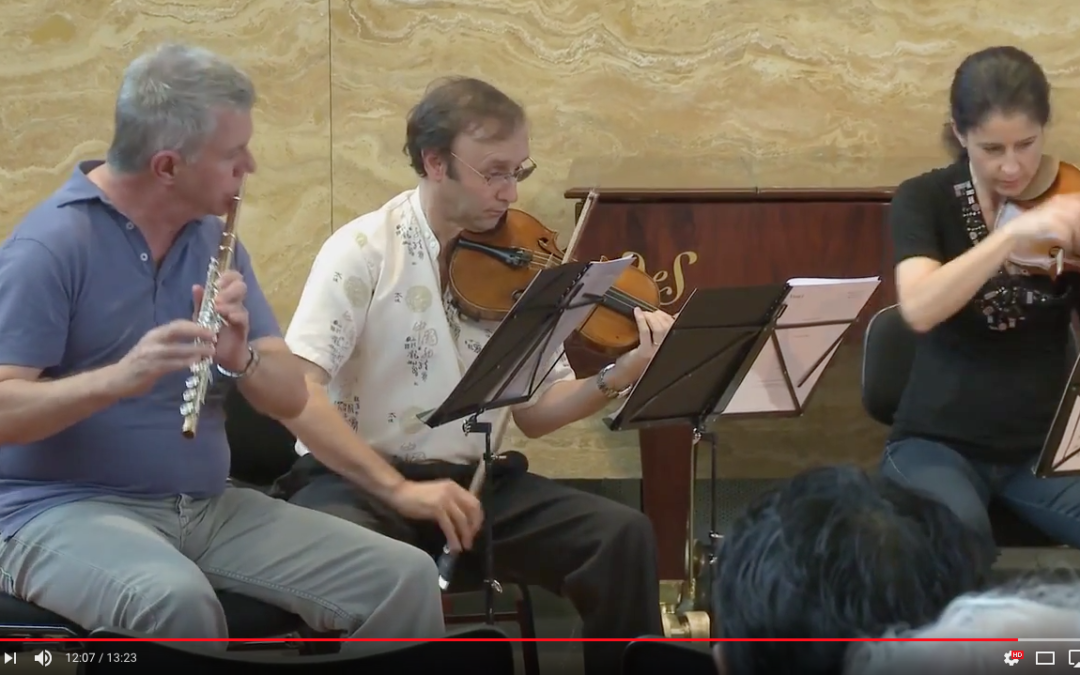 A galaxy full of possibilities explored in a single sound

By selecting the title One Sound for his quintet for flute and strings, Andrew Schultz was suggesting that a single sonority, as heard at the start of this piece, contains a galaxy of intervals and musical cells to be unfolded, explored and released.

Initially limiting itself to the most fundamental of these possibilities, the first section explored controlled, regular rhythms of clearly defined shape. When combined with harmony that sought, as it were, to derive itself from first principles, the effect was a bright pristine quality, rejoicing in contrapuntal discipline, particularly in the upper voices.

The second section moved to a warm chorale-like texture in lower strings, out of which leapt cadenza-like flourishes, sporadically at first before they proliferated in the final section with spectacular brilliance.

In keeping with the title, the overall shape was unified and whole, and the affirmative clarity of form and idea struck a new and intriguing tone.