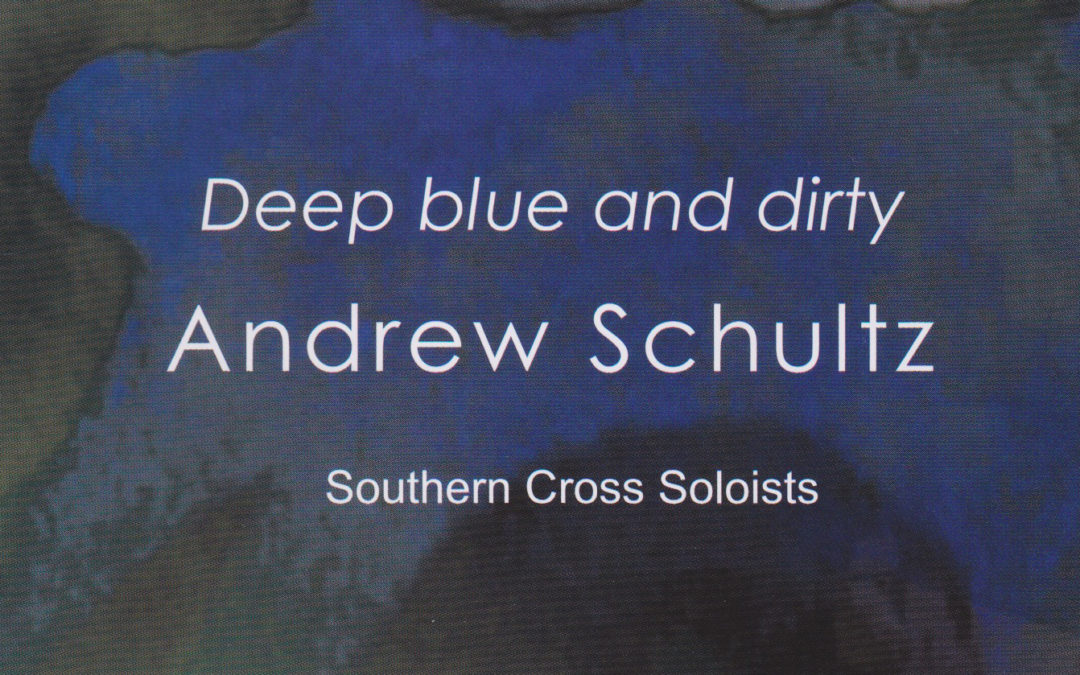 The Southern Cross Soloists, Stephen Emmerson and Lucinda Collins are the outstanding performers on a newly released CD of recent chamber and vocal music by Andrew Schultz.

The music was written in the period from 2006 to 2011 and includes To the evening star, the winner of the 2009 Paul Lowin Prize. To the evening star is performed on the disc by Margaret Schindler (soprano) and Stephen Emmerson (piano) who premiered the work in 2009. Lines drawn from silence was commissioned by the Southern Cross Soloists with Australia Council assistance in 2007 and is also recorded here for the first time. The work contains a setting of powerful and provocative words by the famous mathematician, Isaac Newton.

The most recent work on the disc gives the CD its title: Deep blue and dirty is a virtuosic and jazzy work for bassoon and piano and it is presented here by Mark Gaydon (who commissioned the piece in 2011) and Lucinda Collins (piano).

The CD is released by Wirripang and carries the catalogue number: Wirr 065. Recordings were made in Brisbane and Adelaide. The disc will also be released soon on digital platforms and via the Naxos Music Library.

Click here: For more information and to purchase the disc.