A recording of Andrew Schultz’s Sonatina for solo violin, Opus 66 (2007), featuring the outstanding British violinist Jennifer Pike, was released on 25 September 2014 on the Sedition label (SEDITION6). Pike has previously recorded the Schultz Violin Concerto, Opus 55 (1996) with the Tasmanian Symphony Orchestra/Mills for the ABC Classics label (ABC4764519) – a recording that has earned high praise for both the work and the performance. “This is music for eternity” as one German critic wrote.

Sonatina for solo violin, Opus 66 (2007), by Andrew Schultz was commissioned to be performed by Jennifer Pike for the Wigmore Hall, London, concerts of solo violin music celebrating the sixtieth birthday of violinist and teacher David Takeno. The work is highly virtuosic in its writing for the solo violin and is by turns lyrical and rhythmic. Pike gave the work its first performance in London at the Wigmore Hall in March 2007 and later that year recorded the work in Singapore. Her performances of the Sonatina earned her a Finalist nomination in the Best Performance of an Australian Work category of the Australian Art Music Awards in 2008.

Renowned for her “dazzling interpretative flair and exemplary technique” (Classic FM), British violinist Jennifer Pike has taken the musical world by storm with her unique artistry and compelling insight into music from the Baroque to the present day. She gained international attention in 2002, when aged 12 she became the youngest-ever winner of the BBC Young Musician of the Year and the youngest major prizewinner in the Menuhin International Violin Competition. In demand as soloist with top orchestras worldwide, she recently released the Sibelius Violin Concerto with the Bergen Philharmonic and Sir Andrew Davis on Chandos to great acclaim.

The work is entitled Sonatina because it has some flamboyant and effervescent qualities contrasted with sadder and more soulful passages and also because it is in one movement.

Getting the balance of mood in the piece was the biggest challenge. There is an inner dialogue for the player – both on a contrapuntal level of ideas contrasted over time and on an emotional level.  It is as if there should be a performance in which statements are made and then self-effaced but still felt deeply; self-contradictions perhaps.

There is a hint of folk-styles of violin playing with the use of short-lived drones and the use of pizzicato to almost suggest a band of players.  In interpretation, it calls for some freedom of tempo – it should never be rushed (except where it rushes) and ideas always need time to speak.

The piece is about 8 minutes duration and is in a spiral-rondo form – – an ABACA of sorts. That means when the A comes back it’s transformed and ideas also accumulate from section to section – hence the idea of the spiral shape and spiral motion (which may be down or up!). It could be the real, or pure, A is at the end  –  depending on the direction of travel.

The piece was written in early 2007 for performance by Jennifer Pike at The Wigmore Hall in March 2007 to form a part of concert celebrations for David Takeno’s sixtieth birthday. The work is dedicated, in memoriam, to Barbara Takeno.

“Cast in two movements, the concerto is ambitious – and successful – in its attempt to pit the solo line against orchestral textures which constantly change and shimmer, sometimes sounding like a resonating carillon…or a large organ in the vast reaches of a mighty cathedral.”

“… the first movement proceeds at an evolutionary petal-unfolding gait with the violin singing likewise. The music effervesces slowly and the Silvestrov-like carillon bubbling is unhurried….The violin gently continues to soar. The second movement is animated with iterations of bell fanfares from the brass and Hovhaness-like groans before the violin enters with a fast pulse and slippery virtuosity locked into the harmonies of the first movement…Schultz’s magnetic pull is towards the pensive. So it proves with a final page that glows steadily and in which the solo and orchestral strings whisper into silence.”

“If the association with film music is hinted at in “Endling”, in the two-part violin concerto it is tangible. In Schultz’ case, this does not mean that his compositions can only be associated with (real) films in order to be apprehended: the works themselves are musical films that do not require illustration but are instead, in terms of their sound qualities, both figurative and sensual. In this sense they touch upon the music of the great Latvian (Vasks), whose work similarly engages the large and existential themes of love, nature, belief, longing, hope, life and death with emotion, spontaneity, directness, without fear of drawing upon ‘already used’ tonality and harmony. One can place Schultz’ violin concerto, that had to wait fifteen years to be transferred to CD, in a line of very great works that have been written for this instrument in recent years: “Distant Light” by Peteris Vasks, “Concentric Path” by Thomas Adès or “1001 Nights in the Harem” by Fazil Say.

Schultz’ violin concerto begins with a lengthy movement titled “Chorale Expansive”. Like languorous waves, the music surges forth, retreats, and surges forth again, continuing in this fashion. This is music for eternity. The composer links the concerto with a poem by the English romantic William Butler Yeats that also recalls Goethe’s phrasing in Faust: “formation, transformation, the eternal mind’s eternal recreation”. The second movement “Dances: Fast and Vibrant” is rhythmic, exuberant and rollicking and provides, as it were, the antithesis to the foregone “Chorale”. At its end, the music returns once more to the quiet waterways of the first movement.”

Schultz “is, in my opinion, one of the finest composers in this country today. The music is well-crafted in a modern idiom which is pleasing to the ear. Violin Concerto… is a work of tender lyricism and dramatic power … In two movements, the first is the slow movement titled Chorale with a hymn-like chordal structure alternating with long melodic lines. The second movement, Dance, is in direct contrast with fast, exuberant rhythms which give a feeling of joy and exultation. Double-stopping and drone techniques are employed by the violin and the rhythmic energy is explained by Schultz as ‘possibly influenced by the rich world of folk-style-violin playing’.” 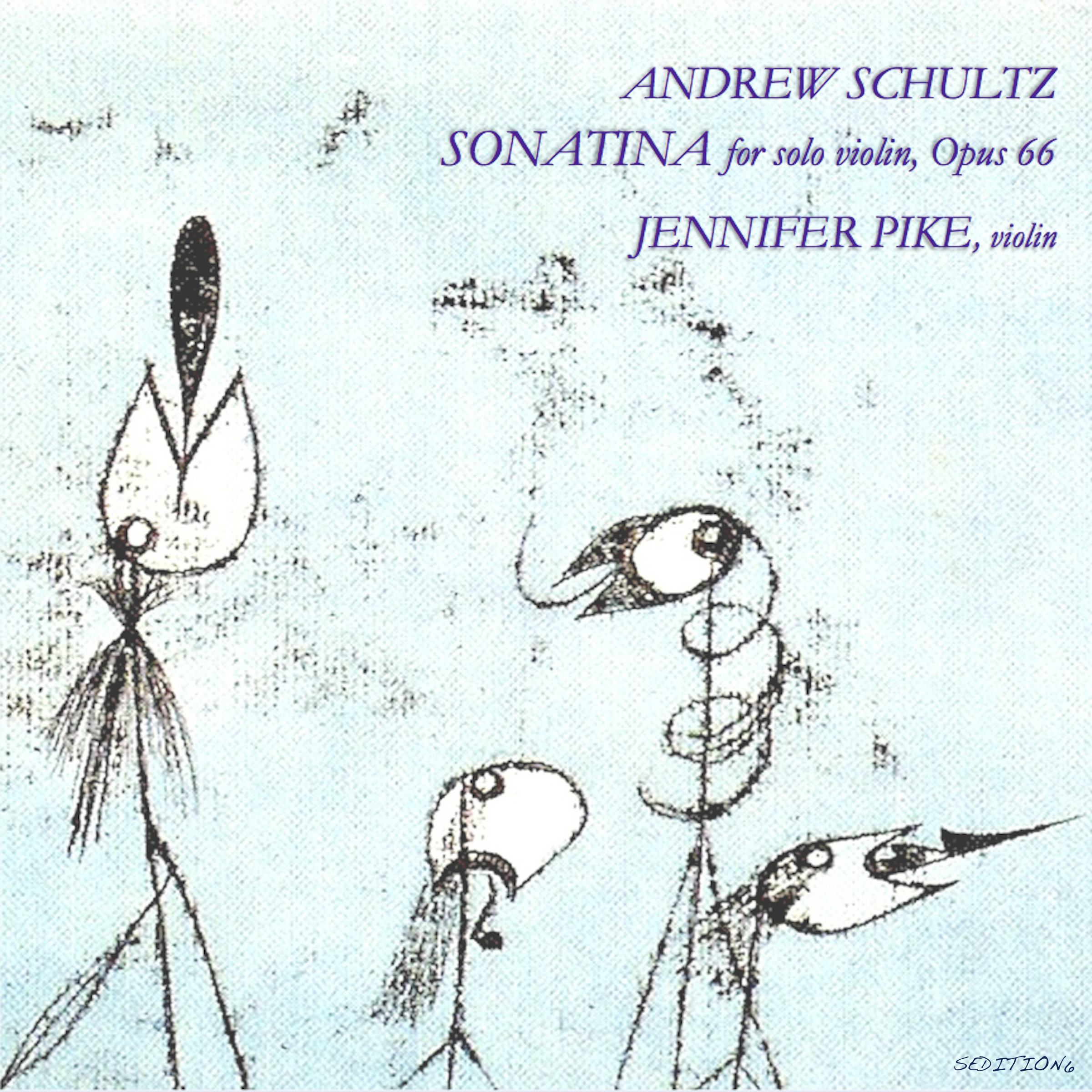