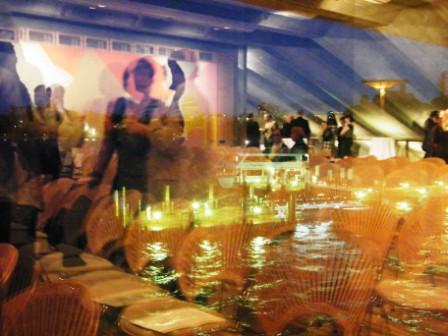 Andrew Schultz has been awarded the 2009 Paul Lowin Song Cycle Prize for To the evening star in a ceremony at the Sydney Opera House in November 2009.

The work had its premiere at the Bangalow Festival in August 2009 with soprano Margaret Schindler and pianist Stephen Emmerson. Two other works, After Nina and Endling, were also performed at the Festival.

The Children’s Bach received a nomination in the 2009 Helpmann Awards and four nominations in the Green Room Awards including the award for New Operatic Work.

Andrew was also awarded a Fellowship from the Australia Council for the Arts to compose eight chamber works over the period 2009-10.

New Orchestral Music
ABC Classics have recorded three orchestral works by Andrew Schultz with the Tasmanian Symphony Orchestra/Mills for release in 2010.  As well as Endling and Once upon a time… the recording features Jennifer Pike in the Violin Concerto.

Some recent interviews and articles

Andrew Schultz writes about “Creativity and Crisis” in Resonate Magazine

Finally, Andrew Schultz has continued his connection with the educational world with the entire student group of MLC School Sydney performing his commission Ring Out, Wild Bells at the Sydney Opera House in June 2009. Andrew’s Ether Etude was the featured, commissioned work for MLC’s Australian Music Day, 2009.  Read more about the project and see the video diary with interviews.

Meanwhile in Brisbane, students  from years 1-7 at Sandgate State School have been inspired to create their own art by Collusion Ensemble’s performance of ‘The Twittering Machine’, the second movement from Barren Grounds (1988).