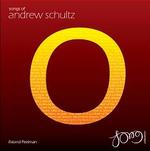 Song of Songs (text, Barry Hill) commissioned by The Song Company and ABC Radio’s The Listening Room, for 18 voices, prepared piano and percussion; 45 minutes. The work had its first performance in May 2004 at the Sydney Opera House and received an excellent response. In September 2004 the work will be recorded in the ABC’s Sydney studios for radiophonic use.

Journey to Horseshoe Bend (text, Gordon Kalton Williams) performed by the Sydney Symphony Orchestra conducted by David Porcelijn will be released on an ABC Classics CD in October 2004.

Night Flight for violin and piano had its first performances in the UK and Australia recently. The work was commissioned by Ukrainian, Dmytro Tkachenko and Australian, Kristian Chong for the launch of the Britten Violin Competition and was first heard in a concert at Australia House in November 2003.

Sea Call for two trumpets and tenor trombone has been released in a publication of brass music called Portraits by Red House Press (ISBN 0 9587342-4-0).

Stick Dance III has been released on MOVE records CD, Bridges (MD 3281). It features music by Australian, Korean and Romanian composers played by staff at the Monash University School of Music.

Chamber Music of Andrew Schultz, Volume 2 will soon be released on a Tall Poppies CD (TP171). It will include From Fire Country, Sleepers Wake – Karalananga, Respiro/Simple Ground, 12 Variations and other works played by musicians from Brisbane, Melbourne and London.

Some recent articles about Andrew Schultz

“The premiere performances of Andrew Schultz’s second opera Going Into Shadows at Guildhall, London in June 2001 and Brisbane in September 2001 provide an opportunity to look at threads between it and his first opera Black River. Dramatically both are concerned with women telling their stories. In another link, both operas are concerned with issues of belonging. Musical links are found in the composer’s use of chordal sources, which establish a harmonic language and shape motifs that help to define aspects of character. There are also ways of using traditional compositional techniques, such as the ground bass, which Schultz favours at key moments of each work. This paper examines these dramatic and musical threads and critiques their impact in performance in the two multi-layered operas.”

The full article can be obtained from Musicology Australia http://www.msa.org.au