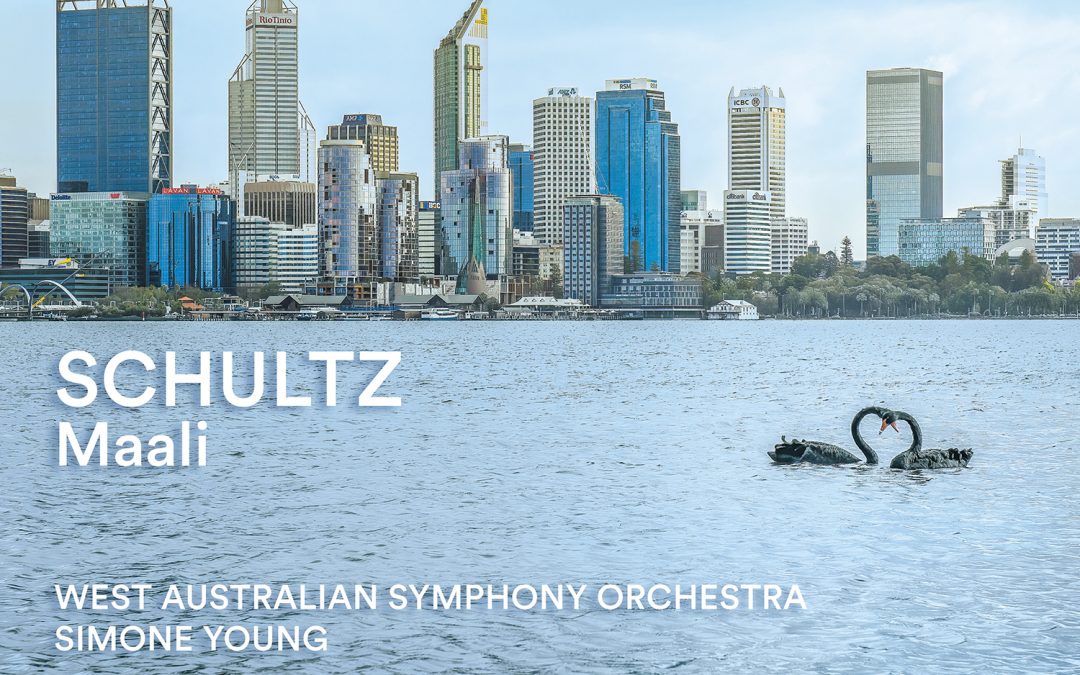 ABC Classic are releasing a new digital recording of Andrew Schultz’s Maali. The recording is by the West Australia Symphony Orchestra conducted by Simone Young with soloists Peter Facer (oboe), Allan Meyer (clarinet), Adam Mikulicz (bassoon), and David Evans (horn) and was recorded by them in the Perth Concert Hall in August 2017. Maali was commissioned by Geoff Stearn for the West Australian Symphony Orchestra. The work was composed in Sydney in 2016.

Maali is a large-scale three movement work in the tradition of the sinfonia concertante – works for a small group of concerto soloists with orchestra. In this case the soloists are the wind quartet combination of oboe, clarinet, bassoon and horn. Each of the parts is quite challenging and virtuosic and there are also intense ensemble demands on the quartet as a group. The work is accompanied by a large orchestra including full brass and percussion sections – the orchestral scoring does omit oboe, clarinet, bassoon but includes three flutes (which have a prominent role in the work) and also includes cor anglais, bass clarinet and contrabassoon.  The latter are the bass siblings of the solo woodwind parts and with the flutes complement the sonorities of the solo instruments.

The three movements are arranged fast-slow-fast with the second movement running without break into the final movement. The first movement (with a tempo marking of “Lively, fast and playful”) is by turns rhythmically playful and expressively lyrical with the interchange of moods suggesting the natural world of great birds at play. The second movement (marked “Slow, dreamlike”) is lyrical and full of fantasy as one musical image floats into another, in each case expressively led by a soloist.

The final movement (marked “Variations: Fast, joyous”) is an extremely buoyant and jubilant set of double variations. There are two themes heard (or one theme with two halves) followed by a total of ten variations (or five pairs of variations).  The music of the double theme alternates a rhythmic melodic line (first heard in solo horn) with an answering chorale-like passage; this pattern continues through the movement.

The great birds referred to in the title, Maali, also provide a clue to the source of the musical ideas in this movement. The Noongar word Maali means black swan – these are birds that are native to the Perth region in Western Australia.

Links to listen or buy: ABC Classic or Spotify or  iTunes or YouTube.