“This is music for eternity” – a recent CD review from Germany. 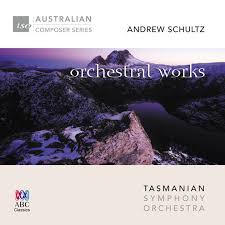 Paradoxically, the CD begins with an end… “Endling” is the title of the first –and the best – work, and, according to the composer’s words, thematizes the loss of nature and the diversity of species on our planet and the disappearance of beauty in a completely exploited and spiritually vacuous world. This pain is, however, not articulated via atonality and harsh dissonances, rather with an almost transcendental harmony in which the melancholy regarding all that is irretrievable assumes the form of a beauty that takes leave of this world and yet remains facing toward it. Precisely in its serenity and inner calm, this music has something both heartbreaking and deeply moving.

“Endling” recalls a scene from the science fiction film “Soylent Green”, as the old Sol Roth, who no longer sees any point in life, enters a clinic to be administered with a lethal injection. Whilst waiting for the poison to take effect, Sol watches a nature film in which the earth is shown before its total exploitation and destruction, replete with forests, flowers, animals and birds. Accompanying the film is Grieg’s “Morgenstimmung” (Morning Ambience) from the Peer Gynt Suite Nr. 1. Even if “Ending” sounds nothing like Morgenstimmung”, Schultz achieves a similar effect that is difficult to elude. Those who appreciate the emphatic music of the Latvian Peteris Vasks will also love “Endling” although the tone language is different. Small quotes from Vasks can, however be heard, particularly at the end of the piece.

If the association with film music is hinted at in “Endling”, in the two-part violin concerto it is tangible. In Schultz’ case, this does not mean that his compositions can only be associated with (real) films in order to be apprehended: the works themselves are musical films that do not require illustration but are instead, in terms of their sound qualities, both figurative and sensual. In this sense they touch upon the music of the great Latvian (Vasks), whose work similarly engages the large and existential themes of love, nature, belief, longing, hope, life and death with emotion, spontaneity, directness, without fear of drawing upon ‘already used’ tonality and harmony. One can place Schultz’ violin concerto, that had to wait fifteen years to be transferred to CD, in a line of very great works that have been written for this instrument in recent years: “Distant Light” by Peteris Vasks, “Concentric Path” by Thomas Adès or “1001 Nights in the Harem” by Fazil Say.

Schultz’ violin concerto begins with a lengthy movement titled “Chorale Expansive”. Like languorous waves, the music surges forth, retreats, and surges forth again, continuing in this fashion. This is music for eternity. The composer links the concerto with a poem by the English romantic William Butler Yeats that also recalls Goethe’s phrasing in Faust: “formation, transformation, the eternal mind’s eternal recreation”. The second movement “Dances: Fast and Vibrant” is rhythmic, exuberant and rollicking and provides, as it were, the antithesis to the foregone “Chorale”. At its end, the music returns once more to the quiet waterways of the first movement. As the soloist, the young violinist Jennifer Pike is quite reserved, but her playing is never bland or without contours. With her sensitive approach to the violin concerto, she hits exactly the right tone that one, at most, would in a few places wish to be more voluminous and opulent.