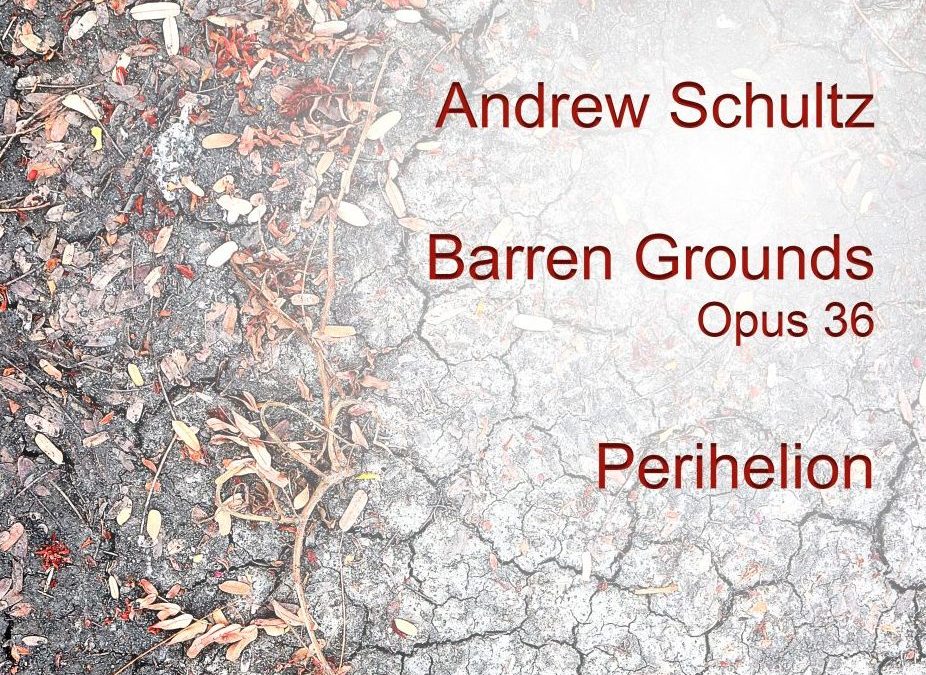 Sedition has released a digital version of the Perihelion recording of Andrew Schultz’s Barren Grounds, opus 36 (1988) and it is now available on all digital music store websites including iTunesand online streaming networks including Spotify. The performers in Perihelion for this recording are Nigel Sabin, clarinet; Patricia Pollett, viola; Gwyn Roberts, cello; and Colin Spiers, piano. Cover art is by Nicole Saintilan. Catalogue number is Sedition9.

Some excerpts from reviews

“Andrew Schultz’s Barren Grounds (1988) . . . is far from barren. Its two movements are utterly contrasted: the first is a kind of mosaic passacaglia while the second, which was inspired by Paul Klee’s Twittering Machine, is mercurial in its changes of mood and texture.” [John Carmody, Sun Herald]

“The piece as a whole seems to me music of exceptionally high originality and abundant invention. Movement 1 is uncomfortable and at times terrifying in the way in which it piles on thought after thought; Movement 2 is a continual congeries of strange sonorities, musical events in unwonted juxtapositions with a disconcerting way of repeating themselves as if searching for some sort of release. The music proclaims absolutely the fecundity of sight inspiring sound, through feeling.” [Peter Platt, Sounds Australian]

“The first passacaglia movement featured a web of instrumental fragments which made up a multi-textured/timbred line. Some interesting sounds resulted, with surges of dissonance heightening a sense of drama. The second movement, ejaculatory in character, was rhythmically complex and technically taxing. The work was well realised by Perihelion, coming closest to the meaning of their name – music near the sun.” [ John Noble, The Courier Mail, 31 October 1988]

South of Sydney, on the Illawarra escarpment overlooking the sea, Barren Grounds is a wilderness reserve and bird breeding area. With a strange and otherworldly landscape – stunted growth and marshy ground – the place feels still, yet the strange, eerie surface conceals a fecund underlife. For me, the place occupies a state of mind; this, rather than any programmatic intention, prompted the title.

Movement 1, is a slow, lyrical and sinewy reworking of a vocal piece, Seafarer, whose final line: “And learn to sleep upon this ground”, with its reference to mortality, suggested the passacaglia form used.

Barren Grounds is scored for for clarinet, viola, ‘cello and piano and was the inaugural work commissioned by Perihelion (an ensemble resident at the University of Queensland). Itwas composed with financial assistance from the Performing Arts Board of the Australia Council.